What a Beautiful Day for a Birthday!

Happy Birthday Jo Waterhouse. What a beautiful day for a birthday. What a great day to do anything! I've been to Leamington Spa today to watch the first race of the season for the 4X club. Great days entertainment and nice to catch up with some friends, Benn from Redditch Premiers BMX Club and two friends from Sheffield, Dom and Kim Bent; a really nice, (bike mad,) couple whom I know through BMX racing. The atmosphere was great and the emphasis was on fun and good sportsmanship. I had a couple of goes around in practice and was able to negotiate a couple of jumps I'd been able to do before I was injured...feel like I'm on the mend at last. Now relaxing with a beer and enjoying the fact that it's still light outside :-) (7:28pm). 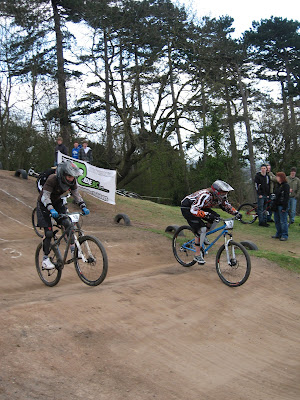 Kim Bent out in front at Leamington 4X track 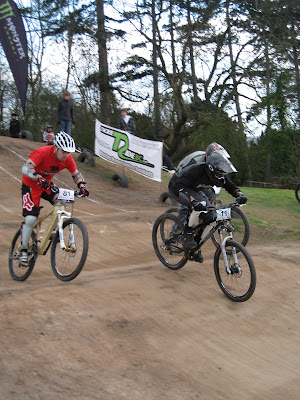 As usual Dom Bent gets the 'holeshot'.