Last August we attended the Murray Jam. What a day! It was held to raise money for Stephen Murray. Stephen became a quadriplegic through an unfortunate BMX accident in 2007. This event has taken place over the last couple of years in Upton, Worcestershire. It's held on dirt jumps in the back garden of a small bungalow in view of the Malvern Hills. It's a perfect setting and attracts some of the best BMX riders in the country and is for a fantastic cause. If you're free on the 29th August and can spare the £5 Entry/Donation, GO!
g. 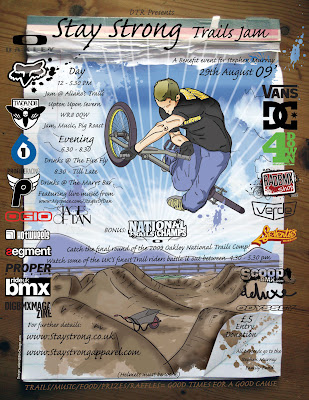