Watched the film, Moon (2009), last night. It was an incredible experience for me, (it prompted to write something for a change!). The film, set in the future had echoes of some of my favourite films, both thematically and visually; notable titles are: Silent Running, Bladerunner, Alien, Outland and 2001 A Space Odyssey. It took aspects from all the above films and created a brand new experience. The experience was profound and moving and elegantly executed...It's the film I should have made! It's the film I dreamt of making, (when I used to dream of making films,). Congratulations to the writer/director, Duncan Jones, he and the crew did a great job, (Sam Rockwell was mesmerising, it has to be said). I had a feeling of nostalgia watching the imagery, the visuals comforted me as they were so familiar. It was a British production, it felt like one, authentic and gritty and human? It contained lots of Special effects models as well as CGI and was a good balance of the two, creating a vivid thematic recall of all the other past movies. The film sets, complete with polygonal shaped corridors and doorways was evocative of a place I know, a place that I inhabited during my childhood. It was my escape shuttle, my Off World Colony... If you haven't seen it, don't watch the trailer first, just watch the film.
g. 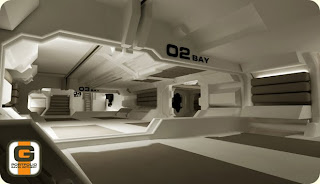 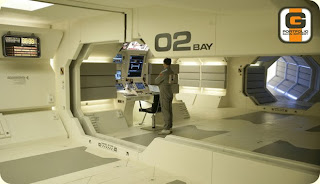 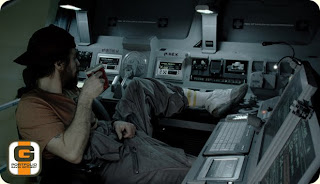