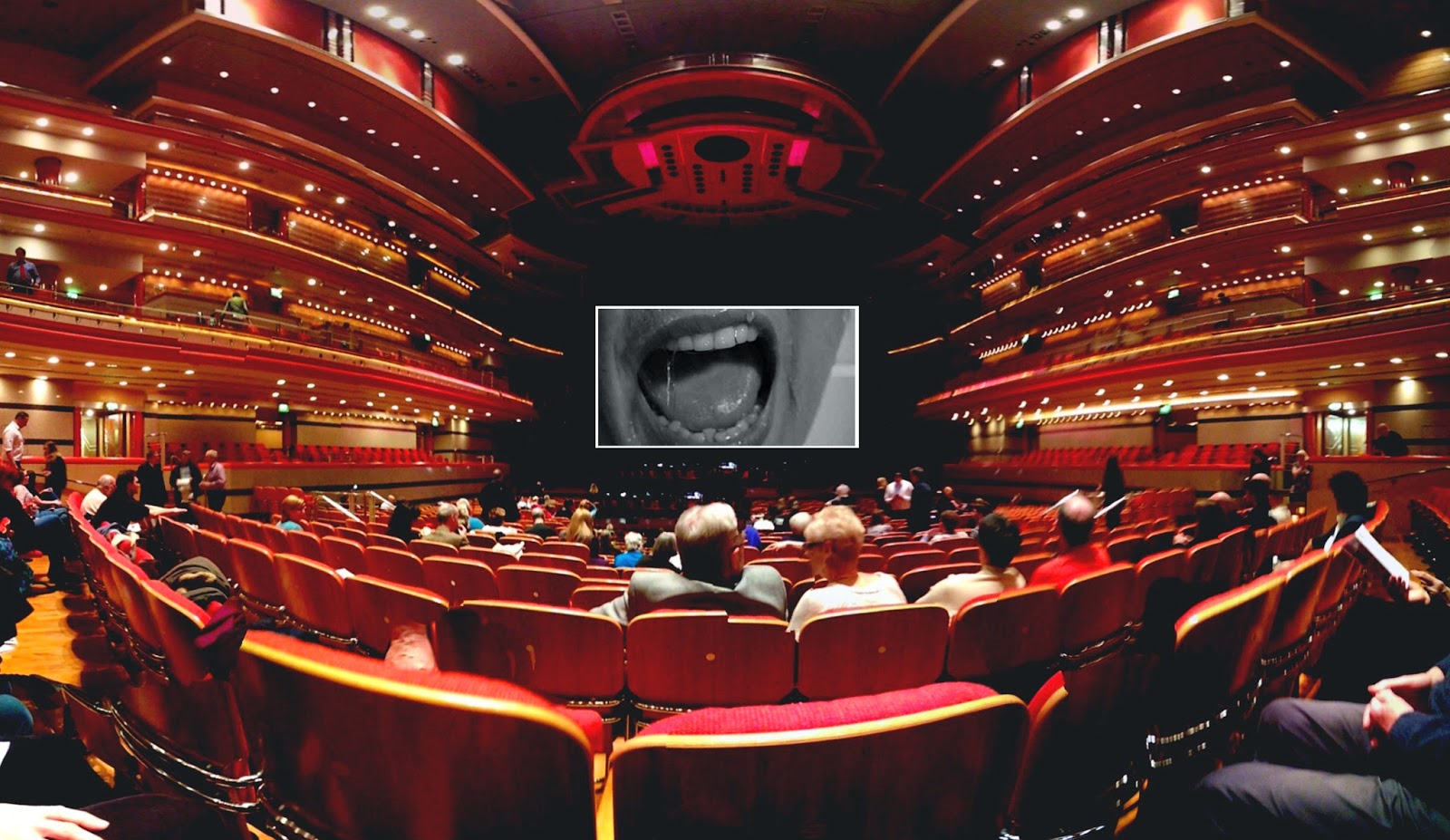 
We weren't prepared for how
seamless the experience
was at times. Our senses were initially
split by seeing the orchestra sitting there
but they soon merged and we
were totally entranced.

The double bass players were
particularly effective the instrument's
resonance made the experience
more of a corporeal one - I felt
the action - the movements of
the actors and the violence.

As a result
of this mode of presentation
THE shower scene was thankfully
not the focus of the film - the
nuances of the anticipatory
build up were far more exciting,
engaging and stimulating, as
were the following scenes with
Arbogast and Lila Crane.

Sometimes the characters looked
so contemporary - as if they
had filmed it yesterday - the grain
of their physicality was enhanced
by the strings, by the delicate
plucking  and screeching.

Well, we were quite overwhelmed
and went to the Post Office Vaults
to wind down and talk it through,
(Any excuse).

Thanks again Sam and Richard.
Posted by Gregory Dunn at 05:53